Keep your hens and chickens healthy and give them optimal growth conditions by using MCP Zeolite.
MCP Zeolite is a natural product that stabilises stomach bacteria, increases the absorption of proteins and contributes to a healthy environment in the chicken house.

What is MCP Zeolite?
Zeolite is a mineral of volcanic origin formed by nature over millions of years. Zeolite is also called nature’s cleaning agent as it converts substances into nutrients and thus creates optimal conditions for a sustainable environment. The crystal structure of zeolite with its open pores allows absorption of various contaminants (including organic ones). Whether zeolite is used to purify water or to keep animals healthy, the cleaning and healing qualities of the minerals make all the difference.

Why use MCP Zeolite in feed?
Feed containing zeolite maintains the pH balance of the blood and strengthens the animal’s immune system. The indigestible zeolite travels through the gastrointestinal tract and binds contaminants selectively like a sponge, after which it is secreted naturally through the guts with faeces without stressing the metabolism. This has a positive effect on digestion. It helps prevent stomach disorders and increases the animal’s ability to absorb proteins from the feed. Numerous analyses show that the use of zeolite keeps animals healthier resulting in better growth.
Dosage 8 - 10 kg per tonne

Why use MCP Zeolite in bedding?
Zeolite has outstanding absorption properties and is therefore the ideal choice for use in bedding. Zeolite absorbs smell (ammonia) / moisture and prevents the reproduction of bacteria. Zeolite protects, cleans and transforms “negative” environments into the opposite. Bedding with zeolite can therefore be used to advantage to prolong durability and ensure cleaner animals in a healthy environment.
Zeolite increases the nitrogen content of manure.

Video
Vinding Landæg has benefited greatly from using AJ Kross Coarse. Among other things, it has made big savings on its heating bill. 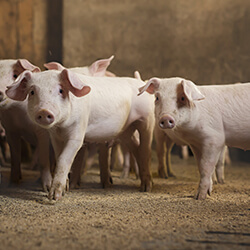 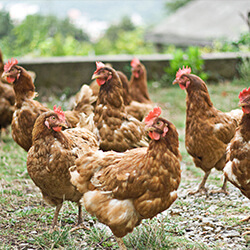 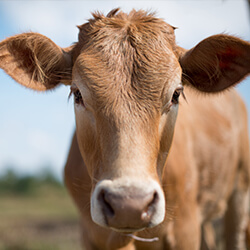 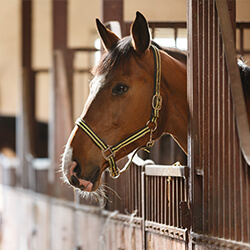 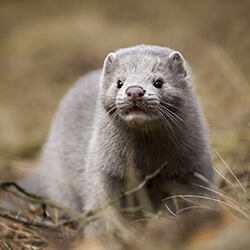